The Princess Alexandra Hospital (PAH) Renal Transplant Department is proud to celebrate the 50-year anniversary of the first kidney transplant performed at PAH—marking a half century of providing life-saving kidney transplants to adults and children.

Past and present staff are invited to celebrate this incredible milestone and the achievements of the Department, at a Gala Ball on Saturday 14 September 2019 at the Victoria Park Golf Club.

Hosted by the PA Research Foundation, the Gala Ball is a formal affair not to be missed. Attendees will enjoy an evening of exceptional dining and live entertainment, with auctions, raffles and fundraising to support future research and improvements into renal transplant patient care.

Bookings are essential. Cancellations made up to 31 July 2019 will incur a $50.00 cancellation fee per ticket. After 31 July there will be no refunds. 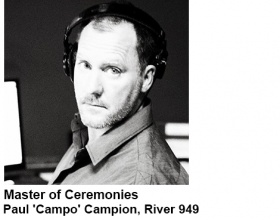 On 13 September 1969 Professor Gordon Clunie and Dr Lionel Hartley stepped into the operating theatres of PAH to perform the first kidney transplant in Queensland. Since then more than 1,500 renal transplants have occurred at PAH.

That first operation was virtually an all-night exercise. Once the doctor became available the Clunie and Hartley surgical team moved in to remove the kidneys. That operation took just under two hours. Then the team moved to the next operating theatre where the recipient had been waiting. After another four hours the kidney was successfully transplanted.

Time was the crucial element in those early operations as it was only possible to store the kidney outside the body for four hours. There was some tissue typing but high levels of Prednisone and Imuran were relied upon to prevent rejection.

Patients were kept in total isolation in two units in G3. These were completely sterile with one-way flow positive pressure ventilation. There was a change room for staff who had to don full mask and gloves. Everything coming into the patient had to be sterilised and triple wrapped and that included newspaper.

However, doctors soon learned that this degree of isolation was unnecessary and patients were nursed in the open ward with special attention. Necessity really brought that about as by 1973 six transplants were performed in ten days, defeating the two room and isolation system.

It was found that complete isolation, particularly from family who could communication only through an intercom, was psychologically detrimental to the recovery of the patient.

In 1970, an Australian working in the United States, returned to work at PAH. Dr Geoffrey Collins had been doing work on kidney preservation and had developed a solution to flush out and cool the kidney before it was stored in ice. His solution became known as the ‘Collins Solution’ and when introduced to PAH gave 12 hours storage, a revolution in renal transplant.

It meant time to get recipients to Brisbane and time to schedule operations a little further apart to avoid fatigue.

Professor Ian Hardie, Director of the Renal Unit, came to PAH to work with Dr Collins. Professor Hardie continued to do further research on the solution, improving the storage time to 36 hours average with a maximum of 48 hours.

Collins Solution became an international benchmark—the ‘gold standard’ for kidney preservation and is still used in Europe and the one PAH uses when kidneys only are involved.

Collins Solution was the preferred storage method until the mid-1980’s when Dr Fred Balsa produced a new solution, known as UW solution, which was specifically designed for some of the other organs such as the liver.

Patient survival dramatically increased with the introduction of a new drug called Cyclosporin and PAH had a major involvement. Professor Hardie helped design the trial and was Chairman of the Trial Committee which was run nationally from Brisbane and PAH contributed a third of patients.

The introduction of Cyclosporin meant that the other drugs, particularly Prednisone, could be reduced and eliminated thus also eliminating side effects such as cataracts.

Although our survival rate was better than average the introduction of Cyclosporin was a “quantum leap” and now we have a survival rate of 95 plus for one-year patients.

Our reputation for excellence in the field of renal transplantation also meant we have the opportunity of trying a new drug before is it registered on the market.

About the Princess Alexandra Hospital

Princess Alexandra Hospital (PAH) is a tertiary health care centre, providing care in all major adult specialties, except for obstetrics.  We are one of Australia’s leading academic and research health centres.

We are nationally recognised for our expertise in trauma management and we are a major transplantation centre for livers, kidneys, bone, cartilage, and corneas.

PAH is a major medical research precinct, hosting, Australia’s most advanced medical research facility, the Translational Research Institute (TRI) as well as a new Clinical Research Facility for the discoveries made at TRI to be trialled in a safe clinical environment.

The PA Research Foundation, which is situated on our hospital campus, is dedicated to fundraising to support PAH research activities.

About the PA Research Foundation

As the philanthropic arm of the Princess Alexandra Hospital Campus, the PA Research Foundation has a long history of funding 'world class' research into deadly and debilitating disease ranging from cancer, heart disease and diabetes, to liver disease, arthritis and kidney/renal disease.

The combination of a leading, innovative public hospital, medical research institute and biopharmaceutical production facility makes the PA Hospital Campus the first of its kind in Australia, which has the capacity to translate research from bench to bedside at a much faster rate.

Everyday countless Australian lives of both the young and old are lost to serious health conditions, many of which could be prevented by early diagnosis, better health care and treatment alternatives. At the PA Research Foundation, we are driven by this and are focused on saving lives and creating a healthy world for all—by working hand in hand with the community to create opportunities to bring amazing health and medical breakthroughs to life.

Major breakthroughs require risks. And they require the support and involvement of people who believe that innovation is vital. Working as one with our researchers, industry partners and the people impacted by health challenges – people everywhere, both patients and carers, family and friends – we can drive change and promote better health in our nation, region and the world.

Dream with us, help us deliver.

Past and present staff are invited to celebrate this incredible milestone and the achievements of the Department.

Hosted by the PA Research Foundation, attendees will enjoy an evening of exceptional dining and live entertainment, with auctions, raffles and fundraising to support future research and improvements into renal transplant patient care.