Metro South Health workers rugged up and took on the the elements to spread awareness about mental health and suicide awareness, at train stations across Logan city recently.

Together with the QPS Railway Squad, Queensland Rail (QR) representatives, Queensland Ambulance Service (QAS) and other community organisations, the team handed out flyers and started important conversations in support of the 2022 Positive Rail Mental Health Engagement Initiative- Travel, Talk, Engage; a collaborative attempt to reduce suicide on the rail network within Logan City.

Clinical Nurse Consultant Debbi Goodchild said she was happy with the engagement across the three days.

"It was great having the three services (QPS, QAS and Queensland Health) there, working together to inform people of services that are available if they are in need," she said.

Loganlea, Cleveland and Beenleigh train stations were targeted during the June/July deployments with hundreds of commuters taking information and many thanking the team for their important work.

Matthew Robertson, a security analyst for QR, said with the return to full patronage on the Rail Network, there has been an increase in people presenting on the rail network in crisis.

“We value the importance of raising awareness about the many mental health services available to residents in the Metro South area,” he said. 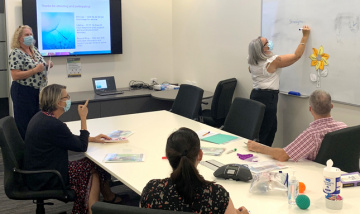 Has your Mental Health affected your everyday life? 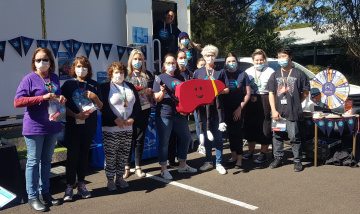 Did you know that your liver is the largest organ inside your body?