A surprise visit from Brisbane Roar Goalie Mia Bailey intensified the competitive spirit of players and supporters at the Zest for Life Soccer Tournament held earlier this month.

This year marked a decade of soccer tournaments in Logan run by Saputra Mulyadi, Social Worker from Browns Plains AMHS and his team of willing supporters.

This milestone event, ironically supported by Mylestones Employment, Reclink, Choice Passion Life, local government and Brisbane Roar, hit the back of the net from 10am until the trophies were handed out six hours later by our Executive Director Linda Hipper and Brisbane Roar goalie Mia Bailey.

Saputra said football (soccer) was known as the 'world game' as it was the most widely played sport, crossing many cultures, breaking down barriers and preventing isolation.

"Sixteen teams including MSAMHS staff, consumers, NGOs and other members of the community competed on three futsal pitches at Logan Metro Sports Centre," he said.

" At the end of the day, The Access Legends ran out winners of the Cup in a hotly contested final ending in a sudden death penalty shootout and Changez took out the Shield."

"Everyone agreed that participation and football were the real winners … and there were many grinners!"

Saputra and Nurse Educator David Baker presented a Lunch and Learn on the infinite benefits of soccer, the Logan Monday Morning Soccer Group and the Zest for Life Tournament.

Watch the recording.
Check out the pictures.

Victims of the 2021-2022 South East Queensland (SEQ) rainfall and flood events can rest a little easier knowing a Disaster Flood Team has been stood up to support their mental health. 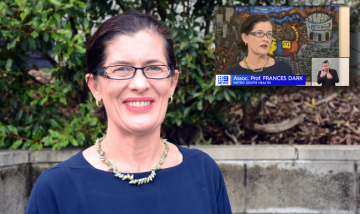 The ability to detect dementia in the Deaf community could soon be transformed thanks to an Australian-first research project led by Queensland  Health.