This month, Metro South Public Health Unit held a COVID Reward and Recognition event to thank members of the current team as well as those who were present during the response to the COVID-19 outbreak.

The event was held to salute the cessation of public health legislative emergency powers, which is a small irony considering the arrival of the fourth wave, but it is a celebration of the significant efforts undertaken from the start of the COVID-19 response in 2020.

“What we witnessed was everyone in the Public Health team going far beyond their roles and skill sets. Every single representative did an incredible job to get here and, the best part, we kept COVID-19 out until the borders opened. Without a doubt, we did the best in the world! That’s really something to be acknowledged and celebrated,” she said.

The individual teams within the unit all played a part in the progressing crisis which started with local Environmental Health teams supporting colleagues at the Gold Coast to stem the flow of infectious arrivals at the GC airport, to working as part of the broader government response with face-to-face, then virtual quarantine directions, while simultaneously working across government departments in this early united effort.

By the time the first local outbreak was identified in MSH, the Communicable Disease Control and Environmental Health teams were actively contact tracing which highlighted the value of the Public Health Unit and initiated training packages for contact tracing which were adopted statewide.

“The CDC team provided early support to Victoria in their response by interviewing hundreds of cases and close contacts, and our Epidemiology team were essential during active outbreaks providing time-critical data on the spread predicted by each active case.

“The heavy load on the Medical Team saw them work tirelessly through the night propping up the efforts of many with tough decisions and endless briefings, and the amazing support of the Admin Team who had essential roles in the scale of our efforts,” Karen said.

One significant achievement for MSPHU was their support role in the establishment of QTrace Statewide Contact Tracing Hub which impacted the work of these teams and also their support of the AFL Grand Final at the Gabba in 2020 which was the largest event in the world since COVID began.

While the public health crisis has been declared over, it is an honour to acknowledge the work of the broader Metro South Public Health Unit with this event but also the walk down memory lane. 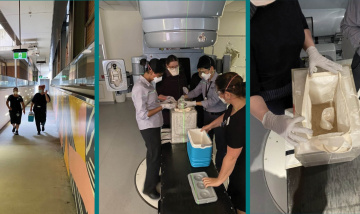 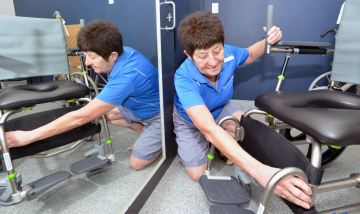