Research reveals the impact of mental health on life expectancy

As part of a new study commissioned by University of Queensland, Metro South Health (MSH) researchers have discovered an 18-year life expectancy gap between people with mental illness and the general population that can only be bridged by protecting patient’s physical and mental health.

MSH researcher based at Princess Alexandra Hospital, Dr Dan Siskind, said prioritising physical health in such patients should be the priority.

“Contrary to popular belief, this is not because of suicide.

“It is from physical health issues associated with mental illness like diabetes, cardiovascular disease, and lifestyle factors.

“This study aimed to find out how great the life expectancy gap really is between those living with mental illness and the general population, discover the causative pathways for this gap, and look at practical strategies to narrow it.”

It was found that the physical health of patients was often overlooked in pursuit of treating the mind which can have detrimental outcomes.

Dr Siskind said conditions such as diabetes served as a stark example, with rates twice as high in those with mental illness compared to the general population.

“Getting people more physically active, improving nutrition, and stopping smoking and substance abuse are all lifestyle factors that can be modified to improve health outcomes,” he said.

“We need patients to be thinking about their own needs and advocate for their physical health as much as their mental health,” he said.

“This is about making everyone realise patients are whole people; it’s not just about eradicating mental health problems; we need to look after physical health too.”

The researchers hope the findings serve as a blueprint for doctors and healthcare professionals treating patients with mental illness. 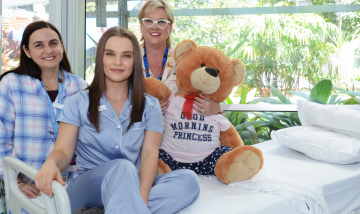 Patients getting cosy at PA with new PJs

Patients across PA Hospital coming from near and far will be a little more comfortable thanks to the Kindness Pyjama Project commencing this week. 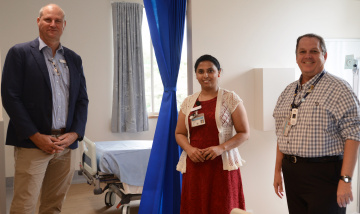 The new architecturally-designed Acute Cognitive Unit at the PA Hospital has opened, satisfying a pressing need for a dementia-friendly environmental design for patients who experience severe Behavioural and Psychological Symptoms of Dementia.