QEII Hospital has launched their commitment to the prestigious Pathway to Excellence® which will see them on a journey of celebration for the nursing profession and a commitment to excellence in patient care.

Pathway to Excellence® is a nursing excellence credential earned by health care organisations that demonstrate a strong commitment to creating supportive and positive working environments where nurses can excel.

Metro South Health Chief Executive, Dr Richard Ashby, launched QEII Hospital’s involvement in the program as an important step towards excellence in nursing care for QEII as well as for Metro South Health.

“The Pathway to Excellence® will require dedication and transformational leadership to achieve the practice standards aligned to the Nursing Excellence program,” Dr Ashby said.

“Taking the Pathway to Excellence® journey aligns with the Metro South strategic direction, recognising that an empowered nursing workforce will improve patient satisfaction, quality of care and outcomes for patients against key international standards.”

Executive Director of Nursing and Midwifery Services for Metro South Health, Veronica Casey, was proud to see QEII taking its first steps towards the designation program as a way of formally recognising nursing contributions to patient care undertaken at QEII Hospital every day.

“This may be a nursing excellence program but it is ultimately about the entire team,” she said. “That's everybody from ground staff, support staff and security to all levels of the clinical team having the same commitment to excellence for our patients.”

Julie Finucane and Kathy Flannigan Nursing Directors of QEII recognised that today’s launch signifies an extremely important time as the staff formalise their commitment to become recognised as international leaders in healthcare delivery. 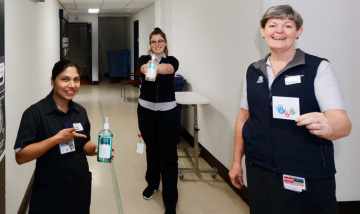 Cooperation in the time of COVID

The once-in-a-century pandemic has highlighted the value of teamwork from the amazing staff at QEII Hospital. 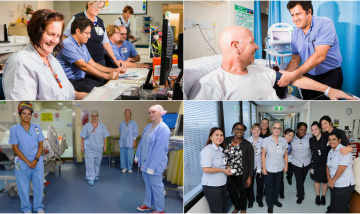 Nursing Services shine during Year of the Nurse

As coronavirus has swept the globe, QEII’s Nursing Services team has risen to the challenge of managing patient care.