While only a regular at Beaudesert Hospital since November, Penny the Pomeranian is already proving a hit with patients young and old.

The totally loveable Delta Therapy Dog and her handler Miranda Usher visit the hospital every week as part of the volunteer program, providing therapeutic benefits to patients.

Nursing and Midwifery Director Jacquie Smith said Penny left patients with smiles on their faces from ear to ear.

"Penny has visited with a number of patients but for one patient in particular; they really made a connection," Jacquie said.

"Our patient who suffers from dementia and had recently deteriorated has a love of dogs and rescues greyhounds.

"She carries with her at all times her soft toy dog to help comfort her so it was nice to see the joy on her face when Penny arrived.

"Our patient had a sudden interest in what was going on around, a real conversation starter, as it was then that our nursing team heard of our patient’s passion for dogs."

Recent Beaudesert Hospital patient Lexie Williams said while she had her own cattle dog cross at home, visits from Penny made time in hospital so much easier.

Lexie said Penny’s visits gave her the opportunity to sit, cuddle and talk with Penny as well as a temporary distraction from being in hospital and not being able to spend time with her own dog.

Jacquie said there were scientifically proven benefits of dog therapy with patients including physical, social, cognitive and emotional gains.

She said animals had an amazing positive impact on people suffering illness or an injury. 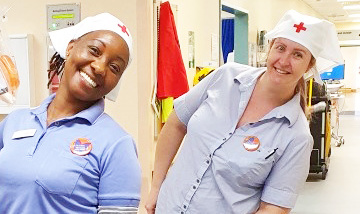 Beaudesert Hospital has been busy celebrating its nurses and midwives over the last couple of weeks during a year dedicated to both professions around the world. 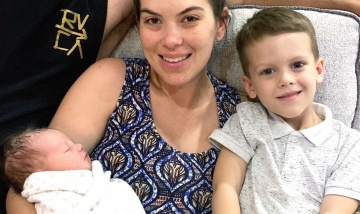 Leap year babies are pretty rare, but they’re even more rare in Beaudesert. This year, however, Beaudesert Hospital was lucky enough to welcome its first leapling, leaper or leapster—as they are commonly known—in more than a decade.