Minister for Employment and Small Business and Minister for Training and Skill Development and Member for Waterford Shannon Fentiman said that the new ward would kickstart Logan Hospital’s Major Expansion.

“This $9 million medical ward is officially open, adding an additional 28 beds for some of Logan’s most complex patients,” Minister Fentiman said.

“The opening of this rapid expansion is just the beginning, with Logan Hospital’s $460 million Major Expansion to deliver more services, 206 more beds, and the care Logan deserves closer to home.”

Minister for State Development and Member for Woodridge Cameron Dick said the Palaszczuk Government is putting healthcare in Logan first.

“This rapid expansion is ensuring we can continue to provide the highest level of public health services to our growing community,” Mr Dick said.

“The Palaszczuk Government has delivered these additional beds ahead of schedule and under budget, which is great news for local families, our elderly, and our kids.”

“The Palaszczuk Government has been backing in our frontline health workers, hiring an additional 206 doctors and 886 nurses in Metro South HHS.”

Member for Macalister Melissa McMahon said the opening of the ward would provide some much-needed relief for the hospital’s Emergency Department.

“Logan Hospital has one of the busiest emergency departments in Queensland with more than 90,000 people coming through the doors each year,” Ms McMahon said.

“The Palaszczuk Government is delivering some much needed relief for Logan’s Emergency Department and our hardworking front line staff.”

Minister for Health and Ambulance Services Steven Miles said that the Palaszczuk Government was delivering on a bold healthcare agenda.

“The Palaszczuk Government went to the last election with a bold plan for Logan Hospital, promising to invest in our hospital infrastructure to keep up with demand, provide additional services closer to home, and ensure Logan residents get the world class healthcare they deserve,” Minister Miles said. 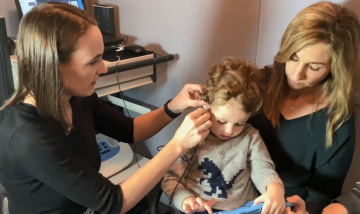 A new video resource developed by Logan Hospital’s Audiology Department will help children understand what happens during a visit to the audiologist to calm their nerves before their appointment. 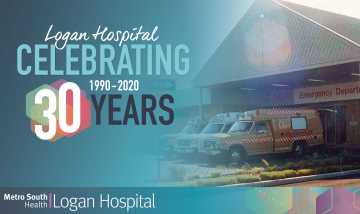 A lot has changed over the past 30 years at Logan Hospital, transforming from a small, 90-bed community hospital to a 436-bed major health centre now undergoing one of Queensland’s largest hospital expansions.