This week, Princess Alexandra Hospital (PAH) patient Emily Gerhardt was paid a special visit from Gunner the therapy horse who has given her the confidence to return home.

Growing up on a property outside of Goondiwindi, 24-year-old Emily spent her whole life around horses but after losing her leg following a farming accident she was hesitant about returning home.

Earlier this year while working alone on her family property, Emily was trapped under a horse float for more than five hours.

The special visit was arranged by PAH Trauma Clinical Nurse Consultant Fiona Jennings, who said she wanted to bring a little bit of country to the city for Emily.

“Emily has been through a lot and I just thought there’s got to be something more that we can do to contribute to Emily’s healing process,” she said.

“In general animals have been shown to really help with people’s rehabilitation but for Emily in particular I knew this visit would mean a lot more.

“It would provide her with the chance to face some fears and break down some barriers, but it would also be an opportunity to reconnect with a part of home and lift her spirits.”

Having grown up around horses herself, Fiona said Gunner and Emily had a real connection.

“With therapy animals your ultimate hope is that they have a connection and sometimes that connection can be really subtle,” she said.

Emily, whose nickname is kamikaze, said she knew her recovery would take a while but was looking forward to going home soon.

“I know things aren’t going to be easy, but easy is not my middle name,” she said.

“When I go home I want to be able to do all the activities on a farm. I will get on the bike and go out mustering. It might not be next week or in six months or even in 18 months, but it will happen.” 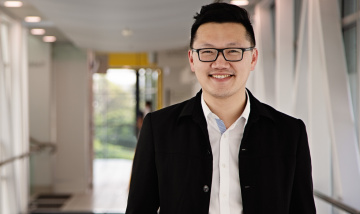 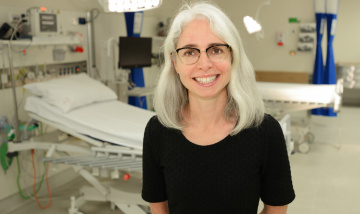 Infectious Diseases Specialist and Microbiologist Dr Naomi Runnegar is leading the fight against coronavirus in Queensland in her role as Co-Chair of the newly established Statewide Clinical Infection Network (SCN).