More than 150 construction workers at Logan Hospital have been reminded to check in with their mates as part of R U OK? Day.

Members of the Logan Community Suicide Prevention Network – including staff from Metro South Health’s Addiction and Mental Health Services – held an event on the site of the hospital’s major expansion project to highlight the importance of looking out for each other’s mental health and wellbeing.

They were joined by representatives from Standby, who provide support after suicide; and Mates in Construction, a suicide prevention program aimed at construction workers.

Zero Suicide Clinical Project Lead, Voirrey Brown, said the event was an opportunity to speak directly with a large cohort of workers and share resources for those in crisis or dealing with a suicide.

"Every second day in Australia a construction worker is lost to suicide. And workers in the construction industry are six times more likely to die from suicide than through an accident at work," she said.

"That’s why we jumped at the chance to talk to the entire site’s workforce to spread the important message that every day is a good day to start a conversation with your work mates."

The Metro South Health team set up a stall to showcase the many resources available for those seeking help, while the Mates in Construction team spread the word through poetry and song – even encouraging the whole site sing along!

The construction workers are currently building Logan Hospital's major expansion project, which will deliver an additional 206 beds and treatments spaces by 2024.

R U OK? Day is an annual national day of action and a reminder that every day is the day to check in with your friends, family and colleagues. The theme for this year is "no qualifications needed" – with the message that a simple conversation could change a life.

The event also tied in with World Suicide Prevention Day, held on 10 September, which this year is has the theme of "Hope Through Action".

The event was held in partnership with the project’s managing contractor, John Holland. 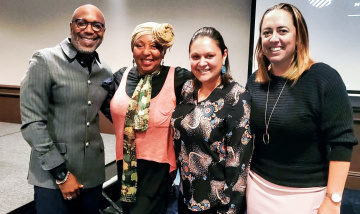 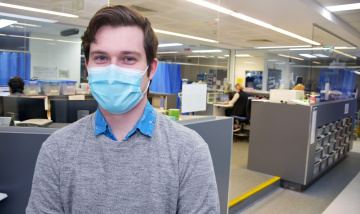 Encapsulating the work of pharmacists at Logan Hospital

Pharmacists play a key role in helping people get the best from their medications and staying healthy.