A milestone in the QEII Expansion Program was achieved this week with administration staff moving into the Executive Office modular accommodation.

The new modular unit at the rear of the main building will accommodate administration functions that were moved from the main hospital footprint in order to commence works on the new medical ward which is predicted to open in the coming months.

Director of Nursing for QEII, Nicki Dennis, acknowledged the hard work of the project team to not only deliver the purpose-built comfort of the new offices, but also the complexities of the journey to this point.

"This is a really exciting 'first' for the QEII Hospital Expansion Program which is part of a $12.1 million state government project to increase available beds at QEII," she said.

"The end result will be an additional 26 beds in Ward 5A so this first stage is really exciting for us with the hospital executive moving into the first modular unit after many months of being tucked into any available space across the building."

QEII Hospital was opened 42 years ago to service the growing needs of Brisbane's southside in line with the commonwealth games and this expansion to revert Ward 5A back to a clinical area will provide the needed space to provide inpatient care for the growing catchment in the coming years.

Metro South Health Chief Executive, Dr Peter Bristow said delivering the Executive Offices as the first of two modular units will certainly make a difference to the functionality of teamwork at QEII thanks to the colocation of the executive and administration teams in the same constructive space.

The Library and training rooms in Modular 2 will be delivered by mid April. 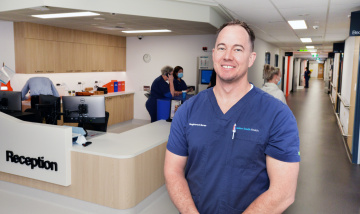 Designing a new model of care to improve patient flow

The new Ward 5A is one of the most significant infrastructure projects to be undertaken at QEII since the opening of the new ED/Endoscopy wing almost a decade ago, but it is the preparati 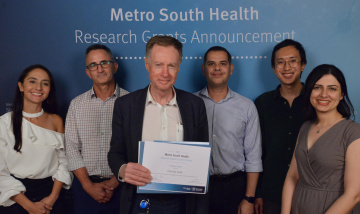