With unexplained gastrointestinal (GI) symptoms a common and costly burden for many Australians, a new NHMRC funded Centre for Research Excellence launched on Wednesday 9 September, to advance the understanding, identification and treatment of chronic digestive diseases.

Medical Specialists, Allied Health Staff, Nurses and Researchers from across Australia and overseas will join forces to make a difference for patients with chronic unexplained gastrointestinal (GI) disorders.

“For more than 50% of patients with chronic GI symptoms, no structural or biochemical abnormality is found on routine testing” said Chief Investigator Laureate Professor Nick Talley when the NHMRC funding was announced.

More than one third of Australians have chronic or relapsing unexplained gastrointestinal symptoms, including abdominal pain, early satiety, bloating, constipation or diarrhoea. For more than half of these people, symptoms are severe enough to require a General Practitioner (GP) consultation for diagnostic and therapeutic purposes.

Princess Alexandra Hospital Brisbane & University of Queensland Professor Gerald Holtmann said the diagnostic process can be both comprehensive and costly for the patient, with most cases classed as having a functional gastrointestinal disorder, most notably irritable bowel syndrome (IBS) and functional dyspepsia.

“Due to the poorly characterised and often inadequately managed diagnoses, treatments are often prone to failure resulting in frequent health care consultations, higher use of pathology and endoscopy investigations and a subsequent high socio-economic burden,” he said.

The Centre for Research Excellence in Digestive Health based in Brisbane, Newcastle, Sydney and Melbourne aims to address these problems by creating and implementing an evidence-based approach for the management of patients with unexplained functional GI disorders.

“Collaborating across multiple sites creates both scale and opportunity for coordinated basic and translational research in the field of functional GI disorders which will streamline patient care as well as generate a foundation for structured policy-making to benefit patients across primary and tertiary care within Australia,” Professor Holtmann said.

A key measure of success for the centre will be the ability to treat more patients’ effectively in primary care and avoid over utilisation of diagnostic and therapeutic healthcare resources.

The launch of the Centre of Research Excellence in Digestive Health is thanks to $2.5M in funding from the National Health and Medical Research Council.

The Centre will involve both national and international collaborations from world-leading gastrointestinal researchers including chief investigators: 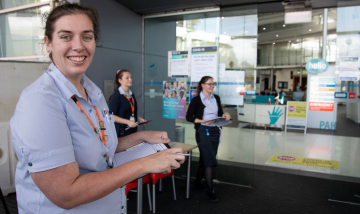 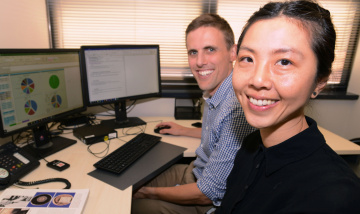 Princess Alexandra Hospital’s Antimicrobial Stewardship Team is working hard to support clinicians to achieve optimal patient outcomes today and tomorrow by overseeing the allocation of antibiotics to treat infections across the health service.