Shannon never thought she would survive, let alone work or walk again; but thanks to a mammoth effort sourcing specialised medical equipment, Shannon was saved from catastrophic brain injury in the eleventh hour with a tricky brain stem operation to arrest her life-threatening brainstem haemorrhage.

After experiencing double vision on her walk to work in March 2014, Shannon was diagnosed with a benign brainstem cavernoma that was growing rapidly and, due to its inoperable placement, could have very easily cost Shannon her life.

“I had just gotten engaged and was on such a high then everything changed after I was diagnosed.

“In the two months following the diagnosis, I suffered three brainstem bleeds and the tumour grew 10mm to 24mm which had me in and out of the Emergency Department,” said Shannon.

By May of that year, the growth of the tumour had left Shannon so unwell that she could barely say her name or date of birth but Princess Alexandra Hospital Neurosurgeon, Dr Sarah Olson, was determined to get Shannon to her own wedding.

“As we hadn’t performed this surgery recently, we had to source specialist equipment from across the country that would allow us to safely operate and it arrived just in time.

“Shannon had to be in a seated position during the operation making it a very tricky and highly uncommon surgery that I haven’t done again since,” said Dr Olson.

Dr Olson was able to remove most of the growth leaving Shannon with a 14mm residual cavernoma on her brainstem that is managed through gamma knife treatment.

“I will always have a shunt which is hard to live with as I have to constantly adjust it to minimise headaches and other symptoms, but I believe I have a good balance at the moment,” said Shannon.

Shannon was in the PAH’s Brain Injury Rehabilitation Unit for four months before she was able to return home and get her wedding underway.

“The amazing allied health team taught me how to walk, talk, eat and even cook again which was hard but I had this wedding to get to!”

Shannon’s experience at PAH inspired her into nursing and she has now returned to work as an Enrolled Nurse while undertaking the final semesters of her undergraduate nursing degree. 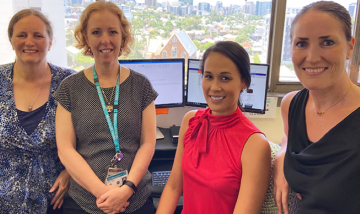 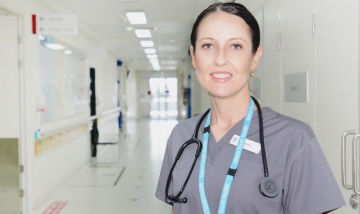 For Princess Alexandra Hospital Doctor, Amy Illidge, life is all about moments. While working as a Radiation Therapist, Amy was accepted into medical school with five kids under the age of seven at home.