Tony was admitted to hospital in early May after being trapped between two trucks. He was discharged from BIRU in August to his home in Moggill with the support of ABI TRS. He said accessing therapy in his own home after discharge was essential to his recovery.

“I came home in a wheelchair and now I’m independently walking around my house and outside with a walker. I am also showering and toileting myself which I couldn’t do when I first got home.

“Since discharge I’ve also been able to keep doing group therapy which has been good. It’s made me notice a few things I didn’t realise about myself. I think it has improved my home life in general and allowed me to be a dad again.”

Manager, Areti Kennedy said that Tony’s story is an example of how important continuous and specialised rehabilitation at home is for people with ABI.

She said that prior to ABI TRS someone like Tony would have had a longer hospital stay and that once discharged might not have been able to access such a comprehensive team or group programs.

“Our clients often need to learn how to talk, walk and look after themselves and sometimes their families again. Once they are clinically ready to discharge, doing therapy in their personally relevant context is more meaningful for them.” 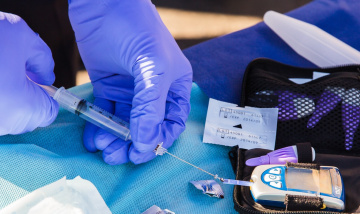 Diabetes and Endocrine Department gets tick of approval for patient care 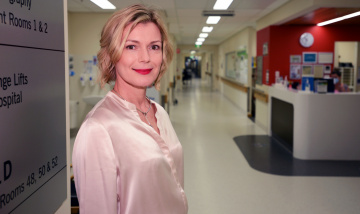