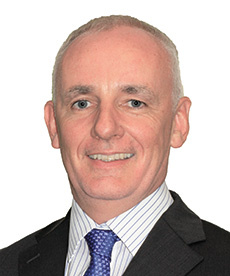 Kieran Kinsella has held senior health management positions in both UK and Australian health services. Kieran qualified as a mental health nurse following his training at St Bartholomew’s hospital in London and also has a Masters qualification.

Kieran worked in various leadership roles in London and the South East of England. These included a mental health advisory role and Head of Mental Health Services. A key achievement in this role was the development of an acute care service model that reduced the reliance on inpatient beds ensuring consumers had opportunities to be cared for in their homes when acutely unwell.

In February 2019 Kieran was appointment as the Executive Director, Addiction and Mental Health Services, Metro South Health. Kieran is passionate about supporting staff to innovate and create opportunities that lead to better outcomes for our consumers.

Prior to this Kieran held the Executive Director position within Central Queensland. Kieran was responsible for a broad range of services, including Mental Health, Oral Health, Public Health and Aged Care. In this role Kieran lead several successful projects and played a key role in the development of a range of Aboriginal and Torres Strait Islander initiatives in partnership with local communities.