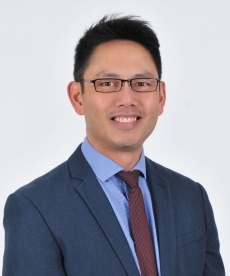 Mr Geoff Lau has worked extensively in adult mental health as an occupational therapist, clinical supervisor and manager since 1992; across acute to tertiary, inpatient and community-based services in Queensland and overseas. His core training in occupational therapy at The University of Queensland, combined with post graduate training in social science at the Queensland University of Technology, guided his clinical practice towards evidence-informed assessment and intervention. In 2006, Mr Lau was appointed the Acting Director of a large tertiary Occupational Therapy Department at the Princess Alexandra Hospital, in Brisbane.

In 2010, Mr Lau was appointed the Director of Therapies and Allied Health, MSAMHS.  As a member of the Executive, this role leads allied health and other addiction and mental health professionals in the creation of contemporary clinical practice, whilst strengthening partnerships with Metro South Allied Health, consumer and carer networks, universities and primary health agencies.

Mr Lau graduated from the Australian Mental Health Leadership Program, The University of Melbourne in 2011.  He has fulfilled roles such as President of OT Australia Queensland, the Mental Health Australia delegate for Occupational Therapy Australia and a panel advisor for the Australian Health Practitioner Regulation Agency.  He is completing PhD studies at The University of Queensland, School of Health and Rehabilitation Sciences.  His research thesis is a mixed methods evaluation of the implementation of the Therapy Capability and Practice Framework, and its impact on the provision of psychosocial therapy in a large public mental health service.