The day-long symposium will present a stimulating and interdisciplinary program of oral and poster presentations, international renowned keynote speaker, featured invited speakers, and spotlight session on candid conversation with consumers.

We are delighted to announce our internationally renowned keynote speaker: 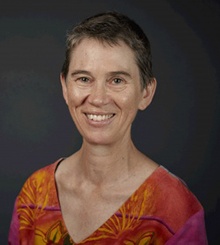 Karen Fisher is a Professor at the Social Policy Research Centre at UNSW Sydney. She conducts disability policy in Australia and China. Her research interests are the organisation of social services, including disability, mental health and housing; and inclusive research and evaluation methods. Her work with people with disability, government and organisations informs policy change including implementation of the NDIS. Karen has published over 50 journal articles, numerous book chapters and over 4 books on disability policy and social services in China. She leads the Social Policy Research Centre Disability Research Program, as well as a foundation member of the Board of the Disability Studies and Research Institute; and a Disability Community Visitor for accommodation services for people with disability.

The keynote presentation will focus on inclusive and collaborative disability and evaluation. Providing examples to explore the ethical & practical considerations of this approach to research. Dr Fisher will also discuss how these examples demonstrate impact on the quality of the research & service improvement. 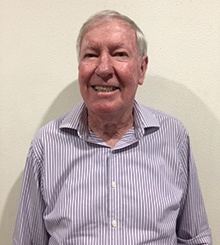 Mr Robin Franklin has a professional background in law and is currently a peer support leader in acquired brain injury (ABI).  Robin is a Vietnam Veteran and has a degree in Arts from Griffith University. Robin worked as an industrial relations professional with BP Australia Limited and Thiess Contractors Pty Ltd, before studying law at Queensland University of Technology. Robin became a partner at Franklin Athanasellis Cullen Employment Lawyers in 2002 and after deciding to ‘semi-retire’ in 2017 he has consulted for the firm.

Robin volunteers at Greenslopes Hospital and Princess Alexandra Hospital. His focus at the PA is supporting individuals who have sustained an acquired brain injury and their families. 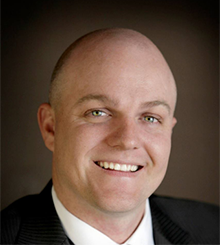 International singer and advocate for people living with disability

After twenty-five years of diverse performance experience, Timothy McCallum is one of Australia’s most exciting and loved local performers and is fast becoming an international phenomenon. But it almost wasn’t to be. At the age of 18, he was well on his way to commencing a successful career in the music & theatre industry when a diving accident changed his life forever and potentially shattering his dreams of treading the boards ever again. After breaking his neck, leaving him a quadriplegic, doctors and specialists told him that he would never sing again the way he used to. But his resilient character and extraordinary spirit have touched the hearts of the arts community, as they have watched him defy the odds, rehabilitate and return to the stage to continue his performing career. Altering his singing technique to compensate for the physical challenges he faces because of his disability, he now sings better than ever, and with the voice of an angel he is able to soar to the heights of some of the great tenor arias written. His achievements and experiences speak for themselves, but it’s his voice that tells his story the best.

After his nation stopping performance on The Voice on Channel 9 in 2015, Tim has been touring much of Australia performing and speaking about his incredible journey, the barriers and challenges he has had to face and overcome to now be one of Australia’s most sought after entertainers. Recently Tim has appeared at the Sydney Opera House, Crown Palladium, The Queenslands Children’s Telethon, and at the Nations Capitol, Parliament House, for esteemed events and functions. But more importantly, these have been opportunities for Tim to represent the disability community and showcase the talents of those who strive through adversity.

His advocacy work is his equal passion to performing, and it’s his attitude to spread a positive message about disability that have recently earned the following honors and performances at National Ambassador of Spinal Cord Injury Awareness Week, National Disability Awards Guest Artist and International Day for People With A Disability Ambassador. Tim has truly become the voice of Australian’s living with a disability and his music touches the souls of all those he performs to. 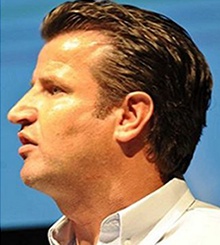 Nick Rushworth has been Executive Officer of Brain Injury Australia since 2008. He was also President of the Brain Injury Association of New South Wales between 2004 and 2008. In 1996, Nick sustained a severe traumatic brain injury as a result of a bicycle accident. Before joining Brain Injury Australia, Nick worked for the Northern Territory Government setting up their new Office of Disability. Formerly a producer with the Nine Television Network’s “Sunday” program and ABC Radio National, Nick’s journalism has won a number of awards, including a Silver World Medal at the 2003 New York Festival, a National Press Club and TV Week Logie Award.

Nick’s current primary focus is facilitating a national “community of practice” in brain injury for the National Disability Insurance Agency, being piloted in Sydney – regular meetings of Local Area Coordinators and Agency planners with senior Agency staff, a Clinical Lead and allied health representation. (This will be followed by Brain Injury Australia’s delivery of a national training package in brain injury for Agency staff and Local Area Coordinators, also to be piloted in Sydney.) The community’s core purpose is to optimise both needs ascertainment and plan fidelity for NDIS participants with a brain injury.

Nick serves as a consumer representative on: the Australian Trauma Quality Improvement Program Steering Committee; the Victorian Neurotrauma Advisory Council; the Neurotrauma Evidence Translation Steering Committee of the National Trauma Research Institute; the Executive of the Brain Injury Rehabilitation Directorate of New South Wales Health; the Victorian Transport Accident Commission/ Monash University Institute for Safety, Compensation and Recovery Research Behaviours of Concern Project; the Steering Committee on Guidelines for the Pharmacological Management of Neurobehavioural Symptoms Following Traumatic Brain Injury (and co-chairs, with Malcolm Hopwood Professor of Psychiatry at the University of Melbourne, its Consumers and Carers Subcommittee); the Lifetime Care and Support Authority of New South Wales’ Behaviour Management Working Party; the Vocational Intervention Program Steering Committee of New South Wales Health; the Expert Advisory Board of the Moving Ahead Centre of Research Excellence in Brain Recovery; the Slow Stream Rehabilitation National Advisory Group; the Monash Epworth Rehabilitation Research Centre Advisory Board; the Disability Advisory Committee of the Australian Electoral Commission; and the Department of Social Services’ Disability Employment Services Consumer Advisory Group and Telstra’s Disability Forum. Nick is also a Director of the Australian Federation of Disability Organisations, and is an Ambassador for the National Organisation for Fetal Alcohol Spectrum Disorders and the Queensland Brain Institute’s concussion research. 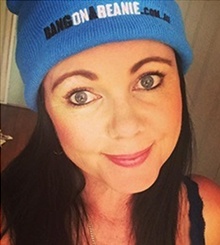 Budding screenwriter Belinda Adams and her family have been personally touched by brain injury with Belinda's son receiving life threatening injuries following a car crash in March 2012. Belinda became an integral part in her son's rehabilitation and is still key in his continued rehabilitation.

Throughout Belinda's firsthand experience of brain injury, the hospital, medical and rehabilitation system in Queensland, the obvious lack of funding and amenities, Belinda found her strength and poured her heart and soul into her first screenplay 'Chasing Jon' a story about overcoming some of life's greatest challenges with a little bit of inspiration from her favourite rock idol Jon Bon Jovi. Belinda credits Jon Bon Jovi, his honest and humble beginnings, his music and philanthropic efforts as inspiration which has led her to not only chase her dream of getting 'Chasing Jon' to screen but to give back to the community.

Read more about her story at: http://synapse.org.au/about-synapse/ambassadors/belinda-adams.aspx.